It’s called tourism for a reason, and touring Hawaii is a great way to get to know as many of the great things Hawaii has to offer as possible. Hawaii is a bastion of culture, beauty, and peaceful relaxation. There is more to do in Hawaii than anyone could ever hope to take in in a single visit. This is hardly a bad thing, but it does mean that you should try to use your time wisely. But if you’re going on vacation to get away from all that planning you probably just want to throw the planner out the window.

Touring can help with that in a big way. With a Hawaii tour, the planning has already been done, and it’s been done by someone who knows the area, and who knows the events. Touring can give you many advantages of being an insider, without ever actually having to be. In addition, tours are moving massive groups through Hawaii, which has the advantage of being price efficient. Tour groups will often negotiate price cuts with local restaurants, shows, etc. making them a relatively cheap way to experience the state.

Another advantage of touring is that you do not need to worry about navigation. Regardless of how road savvy you are, navigating a foreign territory can be a difficult, even frustrating affair. You have to recognize road signs, try to find parking, and read maps that refer to places you aren’t familiar with. Not to mention that you’re probably not well-versed in the local traffic laws or pedestrian right of way laws.

That’s all stress that you absolutely don’t need when you’re on vacation. Touring alleviates allot of that stress. Instead of driving around in a rental car that you had to pay for, or waiting to flag down and catch cabs and taxis as needed you have a dedicated tour bus that is waiting on you. Depending on who you are touring with, you may not even need to leave your hotel to catch your tour bus.

This is especially important in a place like Hawaii. Not only does Hawaii have land travel, but you also have to deal with navigating from island to island. This involves taking taxis to ports and then finding someone to ferry you across. Each taxi service or sailing you purchase bites into funds you could be spending doing things like shopping or seeing a concert.

If you are using a tour guide for your entire Hawaii experience, then this becomes a non issue as your touring company will be the one handling travel from island to island. Inter-island touring, also called island hopping, will let you explore a variety of Hawaii islands without worrying if you could have planned better. Inter-island touring is fairly common in Hawaii. While one tour that deals with all islands of Hawaii will usually be party of a more extensive package, three island tours are not uncommon.

Whereas in the first scenario you are fighting with maps and interstate traffic on your way to your destination, in the latter the tour guide is filling you in on your destination along the way. Tour guides tend to be very well educated on the locations they tour. It is their job after all.

For this reason a tour of Hawaii will generally be a much more informed and educated experience than a solo trip. On the other hand, if you’re not really into history or trivia, you always have the option to catch some shuteye on the way and many modern tour buses have HD TVs for entertainment during travel time. Modern tour buses also include restrooms and water fountains.

One option for touring Hawaii that you may not have thought about is via helicopter. A number of Hawaii touring companies grant the option of purchasing a helicopter tour. Unlike a normal tour, a helicopter tour is a very brief experience, generally lasting forty five minutes to an hour, and costs about the same as a regular tour. 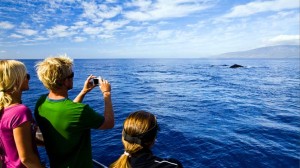 Helicopter tours can seem expensive given the short period of time they occupy, but they may be worth it for the experience. A normal tour is a way of experiencing various events, but a helicopter tour is an event in and of itself. From a helicopter you can see across an entire island of Hawaii.

Some helicopters will actually let you get a glimpse inside Hawaii’s only active volcano. It should be noted that volcano tours tend to be a bit more expensive, however. Kauai offers a similar experience with its ziplining tours, although with ziplining you will be much closer to the ground. 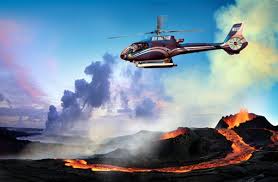 Another option is a sailing tour. The idea of a sailing tour is not so much about traveling from one place to another, although sometimes there are destinations along the route. Instead, a sailing tour attempts to give visitors an impression of one of the islands by allowing them to sail around it, or from coast to coast and back. Maui, Oahu, and Kauai in particular are famous for their sailing tours, as they incorporate whale watching.

Another popular touring option is the Pearl Harbor tour. Pearl Harbor is a massive area and there are tours that are dedicated to just covering the Pearl Harbor grounds. Pearl Harbor is an event for Patriots and History buffs. It contains multiple museums and several memorials to the soldiers who died during the bombing during World War II. There’s also an aircraft carrier that can be visited. 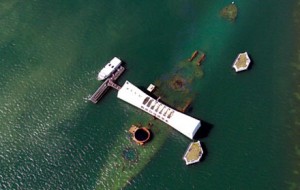 Do a quick search of “Hawaii tours 2014” and you’ll find plenty of touring options to look through. Hawaii tour packages can vary widely in price, but as a general rule, you should expect to spend somewhere starting around a hundred and fifty for a tour in Hawaii. Hawaii tours vary in price by how many stops they consist of just like anywhere else. It is possible to have one multiple-day tour cover your entire stay in Hawaii, and it is just as possible to mix and match a number of tours. Most tour companies offer package deals that combine their most popular tours into one mega tour so you should be able to find something to match your schedule.

Iconic One Theme | Powered by Wordpress