One of the things Hawaii is known for is doing holidays in a big way. Hawaii holidays can include massive celebrations consisting of luaus, parades, decorations, concerts, parties, outfits and more. For this reason, many visitors try to aim their visits for specific holidays.

Holidays in Hawaii can be a great time to visit, and many resorts and cruise lines even offer Hawaii holiday deals. If you don’t mind a crowd and are looking for a way to make your vacation really memorable, a holiday to Hawaii is a great way to do it.

With that being said, not every holiday in Hawaii is met with the sort of fanfare Hawaii is famous for.

Prince Jonah Kuhio Kalanianaole Day is March 26th. On the Hawaii island Oahu, the holiday is celebrated with a parade, and there are canoe races and luaus on all of the islands. King Kamehameha Day is on June 11th. King Kamehameha Day has multiple parades along with statewide hula parties and music festivals. The holiday culminates with the draping of King Kamehameha’s statue with a number of flower leis. 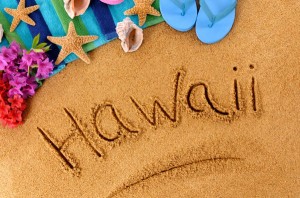 Hawaii parades vary widely in theme and style. Some parades in Hawaii closely resemble what Americans have come to expect from a parade on the homefront, namely marching bands in bright, flashy uniforms and floats. However, along with these “modern” parades, Hawaii also commonly performs parades with a more rustic taste.

Young men and women dressed in outfits that are either all-natural or nature-inspired, dance to drums and other primitive instruments while people hand leis to the crowd. Some parades merge these two styles to create something in between. While you can never be completely sure what kind of performance to expect from a Hawaiian parade you can be sure that there will be a spectacle worthy of your attention.

Luaus and hulas are very common in Hawaii. In fact, they’re iconic. You would be sorely remiss to take a trip to Hawaii and forget to indulge in either of these two events. Admittedly, a luau is basically just a Hawaiian party with a focus on really good eats. The hula on the other hand is a complex dance that includes many movements and hand motions representing different words an feelings, but which often seems simple to visitors. 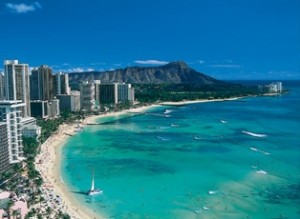 The hula is supported by primitive instruments such as gourde drums, but more or more often modern instruments like the ukulele are being incorporated into hula events. In Hawaii, hula has always been used for many occasions, ranging from ceremonies to spontaneous forms of entertainment.

It is entirely possible to pay for a luau or hula performance and get your money’s worth. However, Hawaiian holidays offer a great opportunity for visitors to get into these events without paying a dime. Depending on how adventurous you are, there are added benefits to this approach. Hawaiian holidays are definitely not just for tourists, and there will be plenty of locals dancing and partying alongside visitors without worrying where you’re from.

Hawaii is a fairly friendly place to begin with, but if you want to get a sense for how the locals live, there are plenty of people who don’t make their living off tourism but still attend cultural events during the holidays. Meeting some locals on holiday can be a great way to add another dimension to your trip. 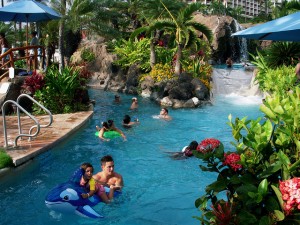 May Day varies by the year but is always during the first week of May. May Day’s nickname is Lei Day. Virtually everyone in the state wears leis on that day and there are a number of parades. A unique element of lei day is that children are allowed to participate in the parades and other events.

Boy’s Day is on May 5th. Because Boy’s Day is borrowed from Japan’s golden week, it’s a big tradition to eat Japanese food on Boy’s day. Aside from that, there are festivals with carp kites and face painting. A local tradition is to hang carp kites equal to the number of boys in the house. Girl’s Day is on March 3rd. On Girl’s day locals and shop owners will put collections of antique and handcrafted dolls on display. It’s a tradition for parents to buy their daughters dolls on Girl’s day. Other traditions include eating sweet diamond shaped rice cakes (called mochi). Women and girls will often be seen in Kimonos on Girl’s Day and there are parades. There’s also a lot of dancing.

Perhaps the biggest holiday in Hawaii is Chinese New Year. The Chinese New Year celebrations in Hawaii are massive and long lasting. They are generally celebrated from late January to mid-February. Celebrations include tea ceremonies, parades, fireworks, lion dances and an annual pageant called the Narcissus Pageant. The Narcissus pageant is a famous beauty pageant in Hawaii, and is easily comparable to a state beauty pageant.

If you’ve never seen a lion dance, it involves multiple people dressed as a giant long-tailed dragon. One person carries the head, and others are spread across the tail periodically. The entire group has to be well orchestrated to give the dragon a lifelike appearance. Often there will be multiple dragons at one time and they dance and clash to the beat of a drum in an elaborate performance.

Holiday tours are very common in Hawaii and you can easily find a tour that incorporates a holiday celebration into its package. If you want to be part of the celebration but aren’t sure what direction to take, the easiest to be a part of is Chinese New Year. This is because it is such a long holiday that you don’t have to worry as much about crowding, which makes it easier both to reserve tickets and to e part of festivities in general. Alternatively, Japan’s golden week celebrations have had an effect on Hawaiian tourism, and it is possible to join in with the Japanese crowd for Golden week holiday vacationing.

Iconic One Theme | Powered by Wordpress